When Rosetta Watson, a black woman with disabilities living in Maplewood, Missouri, needed protection from an abusive ex-boyfriend, she did what she was supposed to do: She called the police. On four occasions between 2011 and 2012, she contacted local law enforcement, telling authorities that Robert Hennings hit, shoved and choked her. Watson wanted relief from the violence. But instead, according to a federal lawsuit the American Civil Liberties Union filed last week against Maplewood, she was evicted and forced to leave town for six months. 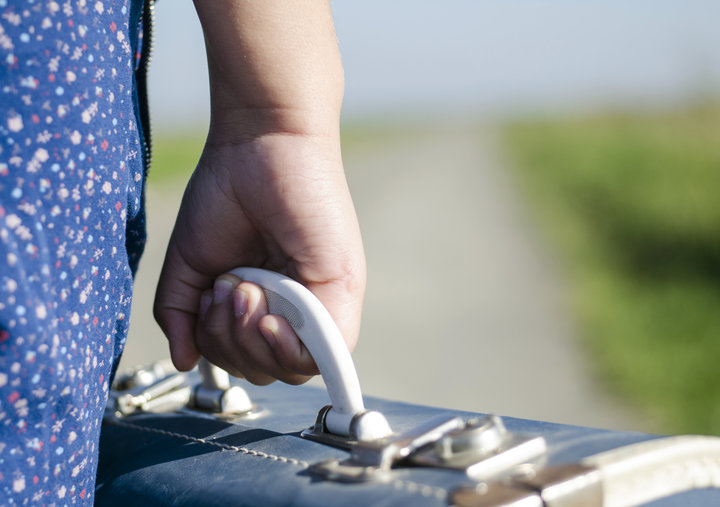 Under a local ordinance in the St. Louis suburb, more than two calls to the cops regarding domestic violence within 180 days qualifies as a “nuisance.” Individuals who violate the rule can be evicted and lose their occupancy permit ― which is required to live in the city ― for six months.

For Watson, the repercussions were severe: After she was booted from her home, she lost her Section 8 housing voucher. Without it, she couldn’t find an affordable home and ended up on the streets for a period of time. She eventually moved to St. Louis. But when her ex-boyfriend abused her again ― this time stabbing her in the legs ― she was too frightened to call the cops and instead went to the hospital by herself. The hospital called police, Hennings was charged, pleaded guilty to domestic assault in the third degree, and was sentenced to incarceration. He died in 2013.

Sandra Park, senior staff attorney at the ACLU’s Women’s Rights Project, said she’s seen similar ordinances in over 30 states. They can result in serious consequences for domestic violence victims and their families, she said.

“Violence and crime can escalate, because residents stop reporting to police, and perpetrators are empowered to act with impunity,” Park said. “Victims realize that reaching out to police will place them in more danger, not protect them.”

A revocation order the city issued to Watson on April 10, 2012 stated that her repeated calls about domestic violence had put Maplewood police officers at risk, and she was ordered to vacate the premises by May 30 of that year. But because of the city’s decision to force her from her home, Watson was the one who was most endangered, suggested Erika Sussman, the executive director of the Center for Survivor Agency and Justice. “Nuisance laws undermine critical housing protections for survivors, placing them in the dangerous predicament of having to choose between enduring physical abuse on the one hand or facing eviction and homelessness of themselves and their children on the other,” Sussman said, pointing to a recent report her organization authored on economic security for survivors. “Such consequences are particularly acute for survivors of color and other marginalized communities.”

Domestic violence is the third leading cause of homelessness for families nationwide, according to the U.S. Department of Housing and Urban Development.

At Transcendent Media Capital we are committed to raising awareness on a number of social justice issues in order to foster dialogue and bring about transformative social change. Our main campaign, Free Yourself Global, explores the enculturation of violence through families over generations, and how does one, whether the abuser or the abused, interrupt the pattern of violence? This for-profit campaign will contribute over half the proceeds directly to our affiliate organizations combating this pandemic and supporting victims and recovering abusers. We also aim to connect these groups to share resources, tools, ideas, and collaborate. Currently organizations from over 68 countries around the world have officiated their support of Free Yourself.