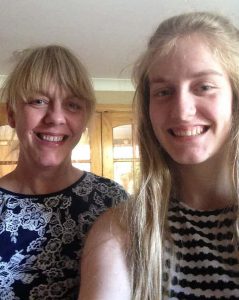 At 9am on 19 July, mother and daughter left the pool and made their way back across the car park to their blue Toyota Aygo. As they approached the car, a man crawled out from underneath it: Claire’s husband and Charlotte’s father, Lance Hart, whom the pair had left five days earlier. Now he held up a single-barrel shotgun and shot Claire three times. He then reloaded the gun and shot his daughter, before turning the gun on himself. Ryan and Luke Hart – Claire and Lance’s sons, Charlotte’s older brothers – were both working outside the country at the time, Ryan in Holland and Luke in Aberdeen. But the same BBC breaking news alert popped up on both their phones: “Shooting in Spalding,” the notification read. They both tried to call Claire and Charlotte, but neither answered their phones. The two brothers started to worry: only days before, they had both helped their mother and sister move out, after a lifetime of emotional abuse and psychological control.

The police told the brothers not to read press coverage of the attack. Luke read nothing for months, but Ryan was able to avoid it for only a few days. He was shocked to find reports that were sympathetic towards his father. The Sun and Daily Telegraph quoted locals who described Lance as “a nice guy”, while the Daily Express reported that he was “a DIY nut”. The Daily Mail spoke to others who described Hart as “always caring”. In every report, there was speculation that the prospect of divorce “drove” Lance to murder, and little mention or description of Claire or Charlotte.

“He was always jealous if you were happy,” Luke says, “and if you were upset, he was jealous of your suffering. It was about inflicting his own emotional state upon us – say, he’d come back from work and he was happy, he would angrily force us to laugh and join in. He wouldn’t even let us live an emotional life free from him.”

Lance was not physically abusive – largely, the brothers believe, because they all worked hard to orchestrate a calm atmosphere at home, and because they gave in to his emotional demands. They didn’t think of his behaviour as domestic violence, because they had only ever considered domestic violence to be a man hitting a woman. Lance didn’t consider his actions to be abusive, either. “Yes, we bickered, but it wasn’t serious,” he wrote in his suicide note. “It was normal marriage stuff. No violence.” For some months, Claire had been keeping a diary of everything Lance said and did, but didn’t feel she could take it to the police because there had been no physical harm. “We thought, ‘Well, he’s not drunk and beating us every weekend, we’re not failing at school, we don’t have behavioural problems.’ Those were the signs I was looking for,” Luke says. “And because it hadn’t happened, we didn’t recognise our suffering, or that he was dangerous. From the outside, we were three healthy, intelligent children. No one seemed concerned that much was wrong, because we were doing so well.”

This campaign explores the enculturation of violence through families over generations, and how does one, whether the abuser or the abused, interrupt the pattern of violence? This for-profit campaign will contribute over half the proceeds directly to our affiliate organizations combating this pandemic and supporting victims and recovering abusers. We also aim to connect these groups to share resources, tools, ideas, and collaborate. Currently organizations from over 68 countries around the world have officiated their support of Free Yourself. More importantly, this initiative hopes to bring together all of the voices of the participants of domestic violence, including recovering abusers, victims, children, educators, support agencies and health professionals, law enforcement agencies, politicians, celebrities and social entrepreneurs who work to aid in this cause. It is in this aim that “Free Yourself” inspires us. When all stakeholders come together in a grass roots forum, we strengthen our ability to understand, address, and end the cycle of domestic abuse.

Whether you are a recovering abuser and/or victim, or professional working in this field, we want to hear your story! Share it with us via social media using the hashtag #FreeYourselfGlobal or anonymously via our website FreeYourselfGlobal.com.