It’s a claim boldly asserted in local news stories each year: Domestic violence spikes during the holiday season. On the surface, the concept sounds plausible enough ― for many people, holidays are associated with family tension, crowded homes and copious amounts of alcohol. It follows that violence might increase under such stressful circumstances. Yet, domestic violence experts say there’s no evidence to back that up, according to interviews conducted by The Huffington Post. “This is a myth that has been debunked pretty well,” said Monica McLaughlin, deputy director of public policy at the National Network to End Domestic Violence. She pointed to a 2010 report released by the National Resource Center on Domestic Violence, which was not able “to find any reliable, national study linking the holidays with an increase in domestic violence.” The center recently released a holiday toolkit to respond to the common misperception.

The persistence of the myth betrays a lack of understanding about how abuse works, she said. Domestic violence is not simply isolated acts of physical violence, but rather a pattern of behavior. Perpetrators use a range of tactics ― including emotional, verbal, economic and sexual abuse ― to control and intimidate victims.

What can be measured, though, is whether there is an increase in victims reaching out for help, either by calling the police or accessing support services. Victims may actually be less likely to reach out for help during the holidays, according to data from the National Domestic Violence Hotline, the country’s confidential, 24/7 helpline. Click here for the full article. 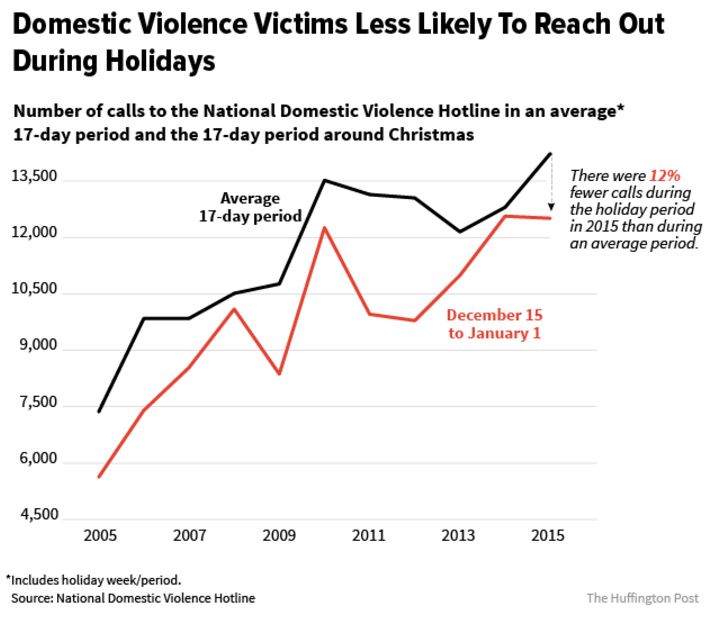 At Transcendent Media Capital were are committed to getting all victims and participants in domestic violence the help and support they need. Our campaign, “Free Yourself: Healing Families; Ending Domestic Violence”, is the first interactive global domestic violence campaign. One of the core elements we are incorporating into our campaign is, an interactive digital platform:

Click here for more info on our efforts to address and put an end to this issue worldwide.