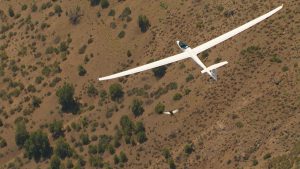 Planetaire are the corporate body for Skyrace, the first interactive, genuinely eco-friendly e-Sport offering a 21st century alternative to grand-prix format speed competitions such as Formula 1. Gliders reach top-speed in excess of 300km/h exploiting gravity and meteorological phenomena. Skyrace gliders will not require any fossil fuel whatsoever, as even the launch-process is ensured by a propeller that draws its energy from solar-generated electricity.

Planetaire is in the process of establishing 20 franchises across 5 continents, each of which will train a pilot to represent his/her country in the Skyrace World Cup.

Using state-of-the art filming methodologies and future technologies Transcendent Media Capital will assume responsibility for overseeing media production locally and globally for each of the national teams and eventually for the Skyrace World Cup.

Bringing interactivity and e-Sports to mainstream sports viewing, the partnership between Planetaire and Transcendent Media Capital aims to revolutionise the way by which audiences interact with sport, bringing a sustainability and an eco-friendly ethic to elite sports.

With a Chinese Skyrace franchise already committed, filming locally in China will commence in September 2017. Peta Milan, CEO of Transcendent Media Capital explains, “with emerging technologies becoming affordably available, there is an enormous opportunity to be innovative about how we engage audiences and bring sustainability and environmental preservation to the forefront of ethics in business.”

Mario Hytten, CEO at Planetaire says, “our motto is that Skyrace shall be the sport that celebrates the planet. Its competitions will therefore take place some of the most stunning natural locations on the planet. Fans will engage with the sport remotely, through an exciting combination of state-of-the art media platforms. The calibre of the resulting content will be key to attracting sponsorship from companies that must engage with the Z-generation. It was therefore essential for us to attract a partner with the expertise to generate and distribute such content.”

About Planetaire: a Swedish company that creates communication platforms for brands to maximise awareness about their commitment to a sustainable planet. Learn more about Planetaire’s approach at www.planetaire.co