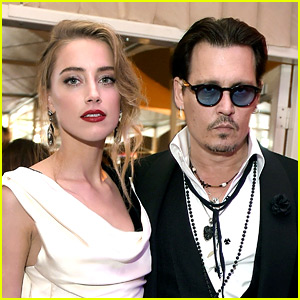 It’s safe to say, the internet is not happy about it.

The issue here is that The Fantastic Beasts franchise is likely to be one of the biggest franchises in the coming years, and will attract a wide range of young people (and nostalgic adults like you and me) to the cinemas to revisit Rowling’s Harry Potter universe. Some people believe casting Depp, a man attached to serious allegations of assault, in a bonafide money-spinner says to the world: this man’s behaviour towards women is less important than his cache as an A-list actor the studios can employ and promote. Read here for the full article.

This is still a decision the studio can reverse and perhaps public pressure will force them to reconsider their choice. The question is should they? There are lots of men who are actors, so should roles and accolades and money be given to the ones who don’t abuse women? If so, where do we draw the line if we go down that route? How many years does the abuser have to be ostracized by the film industry before they can make movies again without public condemnation? Yes, it will send the message that domestic violence is wrong, but it will also send the message that domestic violence is a simple black and white issue, with monsters as perpetrators and victims who need help.  Domestic violence is a complicated issue and all parties need help to heal.

Often when we talk about abuse we demonize the abuser but that doesn’t heal abuse. As Free Yourself Global campaign founder, Peta Milan, perfectly explains, “You can’t fight anger with more anger”. Watch this video to better understand the very inclusive and preventative approach the Free Yourself campaign is taking to help solve the issue of domestic violence globally.