An abusive boyfriend has been locked up after he banned his girlfriend from using Snapchat during a campaign of ‘psychological abuse’. The couple met in April over Instagram but he became controlling a few days later when they became official. She finally went to the police following a barrage of 30 calls from her ex-boyfriend in one morning. Matthew Bailey, 24, made his 19-year-old partner Molly Cunliffe delete the app and did not allow her to message other men on Facebook or Instagram unless they were gay. He was so possessive he even told her she was not allowed to leave kisses at the end of her communications on social media, Manchester magistrates court heard. Bailey’s jealousy lead to him regularly check Miss Cunliffe’s mobile phone, tell her what to wear and to make her show proof of her location.

Miss Cunliffe told the hearing: ‘He would look at my phone every day, and all the time I would spend with him he would constantly check my phone. ‘I kept getting upset and he said he wouldn’t do it again but I did not see any friends and family during that time. ‘I blocked his number because I didn’t want to be with him anymore but then unblocked him because he threatened me. ‘He said “I swear to god if you don’t unblock my number”. ‘I was at home when he phoned and said he was going to kill me and one of his friends called me and said to stop with my attitude.’ 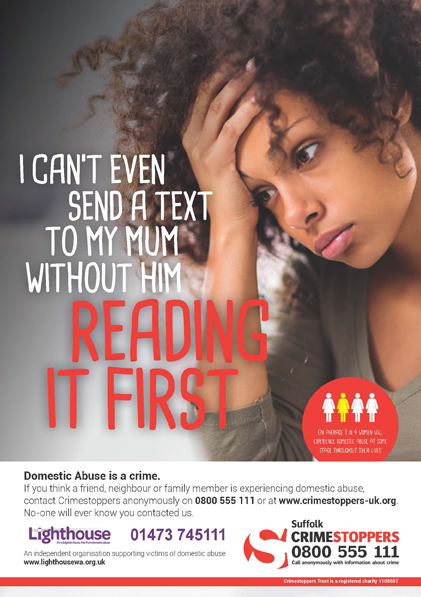 How To Spot Abusive Text Messages & Get Help

There’s a huge difference between someone blowing up their partner’s phone with texts because they love them, and someone sending abusive text messages to exert power over their partner. Abuse can occur in many forms — and that includes text messaging — so it’s not always easy to spot, and that’s part of why it can be so dangerous in the first place. Domestic violence is a pattern of behaviors that one partner uses to maintain power and control over a partner in an intimate relationship, and it’s not always physical, says Cameka Crawford, chief communications officer at the National Domestic Violence Hotline.