New Zealand has passed legislation granting victims of domestic violence 10 days paid leave to allow them to leave their partners, find new homes and protect themselves and their children. MPs clapped and cheered as bill passed on Wednesday night with 63 votes to 57. It is the result of seven years of work by Green MP Jan Logie, who worked in a women’s refuge before she became a politician. New Zealand has one of the highest rates of domestic violence in the developed world, with police responding to a family violence incident every four minutes. Family violence is estimated to cost the country between NZ$4.1bn and $7bn a year.

“Domestic violence doesn’t respect that split between work and life. A huge amount of research tells us a large number of abusive partners bring the violence into the workplace,” said Logie.

At present the only country other than New Zealand to have passed such a law at national level is the Philippines, whose Anti-Violence Against Women and Their Children Act of 2004 includes provision for victims to take up to 10 days’ special leave. Under section 43 of the act, employers trying to impede such leave face penalties. However, it is unclear whether these provisions are widely known, used or enforced. Laws providing paid leave relating to domestic violence also exist in Canada at a provincial level, in Manitoba and Ontario.

“Part of this initiative is getting a whole-of-society response. We don’t just leave it to police but realise we all have a role in helping victims. It is also about changing the cultural norms and saying ‘we all have a stake in this and it is not OK’,” said Logie. 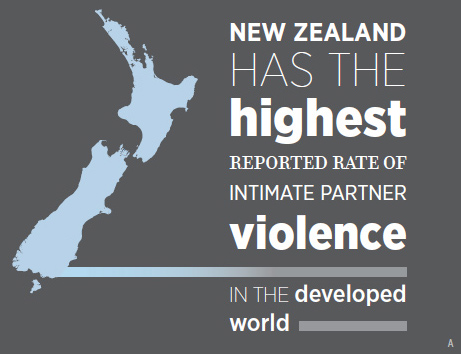 This campaign explores the enculturation of violence through families over generations across cultures, and how does one, whether the abuser or the abused, interrupt the pattern of violence? This for-profit campaign will contribute proceeds directly to our affiliate organizations combating this pandemic and supporting victims and recovering abusers. We also aim to connect professional and service groups to share resources, tools, ideas, and collaborate. Currently organizations from over 68 countries around the world have officiated their support of Free Yourself Global.

More importantly, this initiative hopes to bring together all of the voices of the participants of domestic violence, including recovering abusers, victims, children, educators, support agencies and health professionals, law enforcement agencies, politicians, celebrities and social entrepreneurs who work to aid in this cause. It is in this aim that “Free Yourself Global” inspires us. When all stakeholders come together in a grass roots forum, we strengthen our ability to understand, address, and end the cycle of domestic abuse.

Funded by a combination of private equity funding and corporate sponsorship, this campaign is an example of social entrepreneurship in action.

For more information on how to become involved in this breakthrough campaign, email info@freeyourselfglobal.com