The two toddlers held by their father as he jumped off a New Jersey bridge to his death are expected to make a full recovery, police say. Authorities had received a call that evening from a friend of Spincken’s wife, who reported that he was threatening to harm the children. After tracking Spincken through his cellphone, police found his empty car on the bridge, DePuyt told the AP. Spincken appears to have climbed on to his car’s roof to clear a 12-ft.-high fence that is meant to deter people from jumping off the bridge, police said. 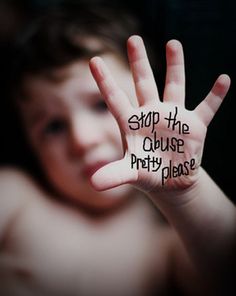 How can this be prevented?

A recognized expert on homicide and a longtime member of Canada’s first Domestic Violence Death Review Committee, Dawson says we need better intervention and social supports and improved understanding of psychological and social factors that are often at play in parents’ lives.

In one of the most extensive reviews of filicide (the killing of a child under age 18 by a parent), she examined Statistics Canada data covering more than half a century of such cases — the longest period for a study of this kind in any country. Examining everything from the parent’s gender, age and marital status to where they lived to possible motives including a history of family violence, Dawson looked for patterns and trends to identify strategies for prevention, particularly similarities and differences between mothers and fathers.

Among Dawson’s findings were the following:

“It’s important that intervention and prevention approaches consider these and other potential differences in determining best practices when responding to families who may be at risk,” said Dawson.

She said sexual jealousy or suspected infidelity and ongoing child and custody access disputes can increase the risk of harm to a parent — usually female — and children. Calling for more public and professional awareness of risks to children, particularly those of separated or estranged parents, she says family and criminal court systems need to better co-ordinate responses to families at risk. Dawson said researchers need to examine the link between filicide and changing roles of mothers and fathers in child care, particularly as the gender gap between accused parents grows. With more “blended families,” she said experts in risk assessment and management should pay more attention to cases of family violence and stepchildren.

For more information on this issue visit the websites below: