(New York, Manhattan, 24 April 2018) – Transcendent Media Capital in partnership with Victim Support Europe tackle the issue of Revenge Porn in their latest film “Right to Be Forgotten” which has its first US screening at the Manhattan Film Festival this month. With increasing incidents of this crime, “Right to Be Forgotten” explores the impacts on victims. It challenges myths and stereotypes that victims are men and women who are promiscuous or got involved in “hooking up. Written and directed by Australian filmmaker and CEO of Transcendent Media Capital, Peta Milan, the films explores the nature of this kind of betrayal in committed relationships and shines a light on the often neglected issue of secondary victimisation. 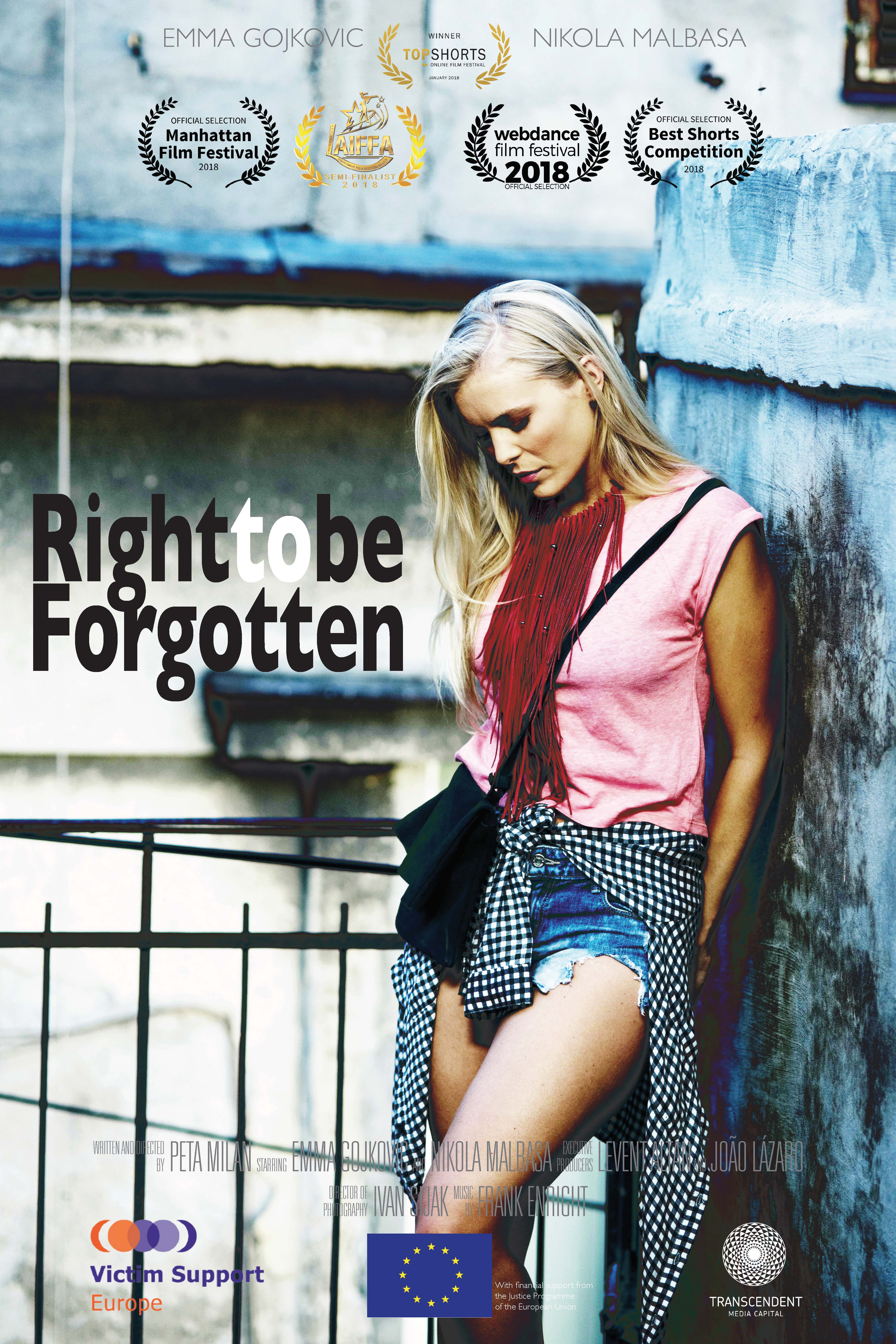 Funded by the European Commission, the need to tell more stories and give victims a voice is becoming critically important to understanding how to reduce incidents of this crime. However, getting victims to speak up is a challenge as they generally have already experienced enough abuse and trauma in the public domain. With the recent and ground-breaking victory in the case of an unnamed woman, who was listed as Jane Doe in California, who in legal filings, sued the man, David Elam II, in civil court. She alleged copyright infringement, online impersonation with intent to harm, stalking and the intentional infliction of emotional distress. That the complaint was originally filed in 2014 demonstrates how complicated it can be to seek justice. Likewise, it was only in 2015 that the UK passed legislature that non-consensual image sharing is a criminal act. Many countries around the world still do not recognise any non-consensual image sharing as a crime.

Levent Altan, Executive Director of Victim Support Europe said, “With increasing numbers of suicides related to this kind of victimisation, it is essential that we expand our outreach to communities to assist in education to prevent these types of crimes, but also victim support, which is very often overlooked. The trauma and humiliation can often feel inescapable for these victims as it is extremely difficult to have content removed from the internet once it’s on there. One lady in Belgium, whose son committed suicide after having his intimate photos spread on the internet said she tried to get Facebook to remove the pictures and this took 8 months. While she was working on this, the abusers set up a fake Instagram account and continued the dissemination of the images after her son was deceased. This was extremely traumatic for the family. We felt it was important to work with Transcendent Media Capital, who specialise in social impact stories, to create this film to build awareness and to let victims know they are not alone. We hope that more victims will seek support before they consider taking their own life”

If you have experienced this kind of abuse you can find support nearest you at www.victimsupport.eu