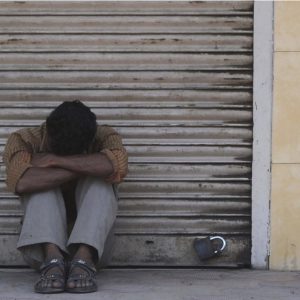 Shahid Sandhu’s sense of loss and anxiety from his loveless marriage knows no bounds. But his is more than a bad connection.From the time he left Pakistan to join his new wife overseas four years ago, she, her brothers and her parents have been controlling his every move. They force him to work round the clock, seven days a week – as a bonded labourer at a construction site during the day and as an indentured servant at home on evenings and his day off. They beat him and verbally abuse him at any sign of exhaustion or dissent. They take all his money, refuse him food and have even threatened to kill him. Sandhu knows what they are doing is wrong and illegal, but the endless abuse has broken him down. He battles severe depression and nightmares, too exhausted, afraid and ashamed to speak out. Sandhu’s situation sounds as if it’s from a bygone era, but it is happening today, in one of the world’s most advanced cities: Hong Kong. And his plight is not unique.

Lawyers and NGO outreach workers in the city’s South Asian community say Sandhu is just one of dozens of known cases in which men have been tricked into arranged marriages before being trafficked to Hong Kong and forced into indentured labour by their bride’s family. Typically, the men are preyed upon by future in-laws who select them for their vulnerability and promise them first-world lives that will enable them to support loved ones back home.Once in Hong Kong, a combination of isolation, fear of retribution towards their families and a profound, culturally ingrained sense of shame prevents them from speaking out.

“These men are from male-dominated [patriarchal] countries. If they say to someone that they were treated like slaves, people will laugh at them and call them cowards, useless and lazy. Therefore, they dare not say anything to anyone.”

Slavery and human trafficking within the context of family and marriage is under-reported worldwide, and Hong Kong’s Immigration Department has no official record on exploitation and trafficking of spouses who migrate to the city. However, figures for forced marriages – a related offence, as the victim loses control of their life – are kept in countries such as Britain and Australia, where forced marriages are a crime. Last year, the British Home Office Forced Marriage Unit found about 20 per cent of its 1,145 cases involved male victims. Its cases have involved men from more than 90 countries since 2005, but more than 40 per cent of the cases come from Pakistan, followed by Bangladesh on 8 per cent and India on 6 per cent.

Aside from changes to the law, campaigners have many suggestions of how to help the slave grooms of Hong Kong. Butt said a hotline with operators who speak South Asian languages could help. More awareness among the authorities would help them to support and identify silent victims, he added. Equal access to legal protection and justice could further protect victims and their families from reprisals. Wong, of the anti-trafficking committee, suggested arranging mandatory marriage counselling for couples with one partner from another country. “It would help them to learn about Hong Kong and settle them in, [teach them about] access to services, and more importantly about healthy relationships.”

“Immigration never recognizes them as slaves,” he said. “They insist they are able-bodied people and can decide on their own.”

Perhaps above all what is needed is a change in how society views such men. After all, for many of them it is the fear of how they will be perceived by others that prevents them from coming forward. And, as Butt points out, even when slave grooms do come forward they are often not seen as victims.

Transcendent Media Capital develops its own global campaigns which combine a range of media assets and grass roots action as well as collaborations with NGO’s globally to inform, educate, challenge myths and stereotypes and to create practical projects that contribute resources to solving issues globally. Our global domestic violence campaign Free Yourself Global aims to challenge the narrow and outdated two-dimensional stereotypes that either vilify the perpetrators as “monsters” or glorify them to the point where their crimes become unthinkable. Our approach to the issue of domestic violence is much more comprehensive and inclusive as compared to the purview of other campaigns/organizations. We recognize the fact that women can often be the abusers and men the victims which is why our focus is on families and how the cycle of violence is passed down through generations. Through our holistic approach we examine the complex and sometimes seemingly fluid roles between victim/ abuser as well as the need to not only provide support for recovering abusers as well as victims but to also include all participants in the dialogue. It is our contention that in order for people to better understand this type of abuse, they need a three-dimensional view of all those involved.  That is why this initiative hopes to bring together all of the voices of the participants of domestic violence, including recovering abusers, victims, children, educators, support agencies and health professionals, law enforcement agencies, politicians, celebrities and social entrepreneurs who work to aid in this cause. It is in this aim that “Free Yourself” inspires us. You can share your story with us on social media using the hashtag #FreeYourselfGlobal or anonymously here, via our website.