According to press accounts, new court documents released by Johnny Depp’s former managers indicated that not only did he abuse his ex-wife, he got his former assistant to cover it up. This does not stop people from loudly declaring that Johnny Depp is innocent because he never beat Winona Ryder 25 years ago—it also does not stop him from getting cast in prominent movies. (Fun fact: Winona’s career was almost entirely destroyed because she shoplifted.)

After nearly 60 accusations, Bill Cosby’s sexual assault case ended in a mistrial. During the trial he presented himself as a loveable father figure by bringing in Keshia Knight Pulliam who played Rudy on The Cosby Show. It was part of a legal strategy to “bring in sympathetic voices,” like Pulliam who claimed: “I can only speak to the great man that I know and love, who has been so generous, who has been such a philanthropist, giving back millions of dollars to education and schools.”

But here’s the thing: ostensibly nice guys hurt women too.

People who abuse women do not abuse every single woman they encounter. In general, people—with the possible exception of Vlad the Impaler—do not rise to a position of prominence by being consistently monstrous to everyone in their vicinity. But I do understand how hard it is to accept that people we love—our brothers, our husbands, our dads, our best friends—might have done something pretty horrible to another woman. It’s natural not to want to terminate a relationship with those people (though that is one valid way to respond). But the fact that those people are nice to you, and that you care about them, has zero bearing on the situation. 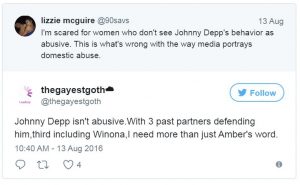 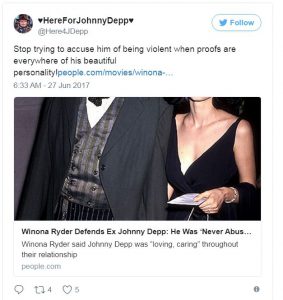 It is possible that people can be kind to you, that you might love them, and they might still be guilty. That seems especially likely in cases where multiple people are coming forward with various pieces of evidence. In which case, if you want to maintain a relationship with them, you can acknowledge that. You can help them get psychological treatment that will help them manage their anger. If they go to jail, you can visit them and tell them you still love them, even if they did something very bad. You can urge them to apologize to the woman or women they hurt.

If they have a platform, you can encourage them to speak out about why they did what they did, and that other people in their situation can get help.

There are a lot of ways to respond that are not digging in your heels and declaring that someone is innocent because they were really polite to you in 1999. Because that does not outweigh multiple people claiming that, as nice as they were to you, they were not nice to them.

Our approach to the issue of domestic violence is much more comprehensive and inclusive as compared to the purview of other campaigns/organizations. We seek to examine and work to eradicate all the forms of domestic violence including FGM, physical, emotional abuse, forced marriage, marital rape etc. It’s become more accepted that women can be abusers, not just of children but of men also whilst still acknowledging that domestic abuse is significantly a women’s issue with women 10 times more likely to be abused than men. We acknowledge these complexities in our campaign Free Yourself Global which is why our focus is on families and how the cycle of violence is passed down through generations and how domestic violence expresses itself differently across cultures. In order to address these questions, we employ a holistic approach which examines the complex and sometimes fluid roles between victim/ abuser and acknowledges the need to not only provide support for recovering abusers as well as victims but to also include all participants in the dialogue.