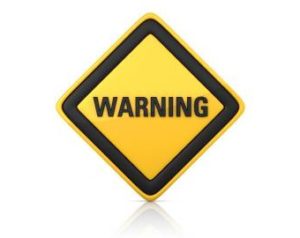 Emotional abuse, verbal abuse, and domestic violence are on the rise, especially among young people. The risk of falling into an abusive relationship is greater than ever.There are obvious red flags to avoid in a prospective lover, such as angry, controlling, possessive, jealous, or violent behavior. Unfortunately, most abusers are able to mask these tendencies in dating. By the time many people notice the obvious red flags, they’re already attached to an abuser, which makes it much harder for them to leave the relationship. More useful than a list of obvious red flags are guidelines based on very early warning signs of a potentially abusive relationship, signs that are visible before an attachment bond is formed. Click here to read  a list of qualities to look for in a potential lover. Avoid them at all costs.

There’s a misconception that abusive partners always use physical violence, which can make it hard to tell if your partner’s abusive. Emotional abuse is more subtle – but it also takes a huge toll on your well-being, and it can show up in a variety of ways. This comic can help you figure out what’s happening and what to do next. If you recognize these warning signs in your relationship, you’re not alone – and you deserve better.

Gaslighting is an abuse tactic that tends to follow when intimidation is no longer acceptable. You can see it in the media constantly. For instance, every time an obvious hate crime is portrayed as an isolated case of mental illness, this is gaslighting. The media is saying to you, What you know to be true is not true. Intimate partner violence wasn’t seen as a serious crime until the 1970s. So, did we, in the last forty years, address the beliefs that cause intimate partner violence? No. But now if you abuse your partner, you’re usually considered to be a bad person. So what do you do, with all the beliefs that would lead you to violence, if violence is no longer an acceptable option? You use manipulation, and you use gaslighting.

Gaslighting is the attempt of one person to overwrite another person’s reality. Gaslighting does not require deliberate plotting, it only requires a belief that it is acceptable to overwrite another person’s reality. The rest just happens organically when a person who holds that belief feels threatened. We learn how to control and manipulate each other very naturally. Gaslighting and manipulation are distinctive from eachother: gaslighting is a type of manipulation, but not the only type.

Manipulation usually centers around a direct or indirect threat that is made in order to influence another person’s behavior. Gaslighting uses threats as well, but has the goal of actually changing who someone is, not just their behavior. It’s important to recognize that gaslighting and garden variety manipulation are not the same. Both will degrade your self-esteem, but gaslighting, when effective, will actually damage your trust in yourself and your experience of reality. Click here for more info about gaslighting as an abuse tactic.

Often times when you’re in a relationship with an abusive partner they’ll make you feel like you’re the one that is the bad partner so that you’ll blame yourself. If you can identify any of these six patterns in your own relationship, you may not be a bad partner. You may simply have been manipulated into believing you are one. If you find yourself in that position, I hope this list helps you by providing an explanation for your distress other than your own inadequacy.

Living with an abusive and controlling partner can feel like living in a cult—except lonelier. Victims’  own viewpoints, desires, and opinions may fade as they are overwhelmed by the abusers’. Over time, they may lose a sense that they even have a right to their own perspectives. This is called perspecticide—the abuse-related incapacity to know what you know (Stark, 2007). Perspecticide is often part of a strategy of coercive control that may include manipulation, stalking, and physical abuse. Read this article to see real life examples of what really happens in a controlling relationship.

It’s subtle at first. He’ll say, “I’m better at saving, so let’s put the money in my account. Or: “I care about you, so I’m showing up at your job.” Or: “I’ll take care of the bills. You don’t have to worry about it.”

But as time goes on, the other person in the relationship (usually a woman) will suddenly realize that she has no financial power, and that, no matter how bad things get, she can’t leave. She has no money of her own. She has poor credit, because her partner has taken out credit cards or loans in her name and maxed them out. Her bosses fire her because he always disrupts her work. Or, she can’t work, period, because he won’t let her.

This is called financial or economic abuse, a phenomenon present in 98% of domestic violence cases, according to the National Network to End Domestic Violence. (Nearly three in ten women have experienced domestic violence, reports the Centers for Disease Control and Prevention.) “It’s a tactic to maintain power and control over somebody,” says Nathaniel Fields, president and CEO of the Urban Resource Institute, which provides services to empower victims of domestic violence. “It’s another form of abuse and domestic violence — when one person in a relationship takes control of another person’s economic resources to control that person.” Click here for the full article on the slippery slope into financial abuse.

Our Work at Transcendent Media Capital

At TMC we are committed to finding solutions to address a number of social justice issues worldwide. Our campaign, “Free Yourself Global: Healing Families; Ending Domestic Violence” explores the enculturation of violence through families over generations, and how does one, whether the abuser or the abused, interrupt the pattern of violence?

We are currently in the middle of the crowd funding aspect of our campaign so that we can build a global digital platform using cognitive technology to empower victims of violence globally and improve global collaboration between NGO’s to solve this issue. Please consider contributing to this project from wherever you are in the world. There are some great rewards on offer, we ship world-wide and you help towards finding a solution to domestic violence globally. Large or small… every contribution makes a difference!. Click here to learn more and donate today.

Watch this video, in which one of our founders, Peta Milan provides an update on our crowdfunding campaign and talks about some of the predictors of violence.