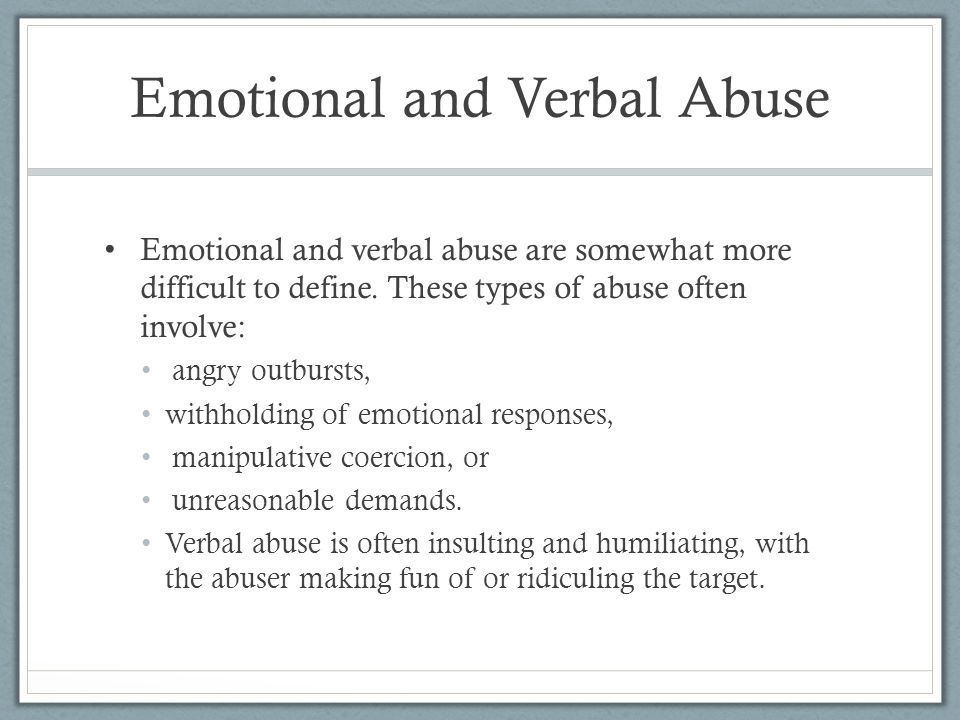 Why do so many people go back to verbally abusive relationships?

Having an insecure attachment style owing to mistreatment or neglect in childhood can contribute to our tolerance for verbal or emotional abuse. But there are other factors that make people overlook the early-warning signs of verbal abuse and continue in an abusive relationship, even after they realize they’re being subject to abuse. As Patricia Evans notes in her book, Verbal Abuse: Survivors Speak Out, it is wrong to assume that only people with difficult upbringings, a lack of education, or struggles establishing a career and finding friends are verbally abused.

Verbal abusers are extremely illogical in their behavior: They can appear sweet and charming to the rest of the world, but act like monsters behind closed doors—except when they want something from you. These people express the type of ungrounded anger you normally see only in people who have been seriously wronged. They can go from a neutral mood to rage in seconds. They blame their partner for things over which that person has no control. They even blame their partner for their own abusive behavior.

Because their behavior is so illogical, a person with an otherwise accurate theory of mind can make the wrong predictions about an abusive person again and again. Believing in a different reality where people reason and communicate in rational ways with each other, the victim tries to make sense of his or her abuser’s treatment, not understanding that sometimes other people’s mean behavior makes no sense, has no rational explanation, and has nothing to do with him or her. Oftentimes, the victim so badly wants to make sense of the behavior that he or she doesn’t put an end to it, instead continuing to search for explanations of what could have caused the abuser to treat him or her that way. The victim thinks that perhaps something about his or her behavior made it the case that they deserved to be treated badly. Click here for the full article on why people struggle to end verbally abusive relationships.