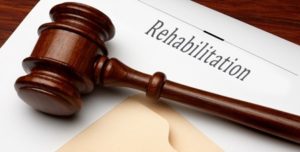 An online petition with more than 14,000 signatures calling for the impeachment of a Montana judge over the sentencing of a father to 60 days in jail in an incest case involving a 12-year-old girl has been sent to the state’s governor and other officials. Originally, Deputy Valley County Attorney Dylan Jensen recommended a 100-year prison sentence with 75 years suspended – as called for in state law – as part of a plea agreement that recommended the dismissal of two other incest charges. A licensed clinical social worker testified that the man was a low risk to re-offend and that it would be important for him to have social support while he received treatment. The judge said that he diverted from the recommended sentence because the man had support from his family, friends, church and his employer. The girl’s mother and grandmother were reportedly among those supporting a community-based punishment. Someone wrote that “he was a good father for 12 years,” and another said he was not a monster, but a man who had made a mistake.                      Click here for the full article.

How do we effectively balance reformative healthcare and the necessary punishment for abusers so we can fundamentally resolve the drivers of abusive actions so that abusers don’t reoffend while making sure the victim gets the justice they deserve?

James Gilligan, a clinical professor of psychiatry and an adjunct professor of law at New York University highlights the importance of recognizing the difference between punishment and restraint. When people are dangerous to themselves or others, we restrain them – whether they are children or adults. But that is altogether different from gratuitously inflicting pain on them for the sake of revenge or to “teach them a lesson” – for the only lesson learned is to inflict pain on others. People learn by example: Generations of research has shown that the more severely children are punished, the more violent they become, as children and as adults. The same is true of adults, especially those in prison. So the only rational purpose for a prison is to restrain those who are violent from inflicting harm on themselves or others, while we help them to change their behavior from that pattern to one that is nonviolent and even constructive, so that they can return to the community.

Statistics show us that prison time doesn’t stop recidivism. How could we change our prison system to make it both more effective and less expensive?

According to Dr. Gilligan, it would be beneficial to every man, woman and child in America, and harmful to no one, if we were to demolish every prison in this country and replace them with locked, safe and secure home-like residential communities – what we might call an anti-prison. Such a community would be devoted to providing every form of therapy its residents needed (substance abuse treatment, psychotherapy, medical and dental care) and every form of education for which the residents were motivated and capable (from elementary school to college and graduate school). Getting a college degree while in prison is the only program that has ever been shown to be 100 percent effective for years or decades at a time in preventing recidivism. Prisoners should be treated with exactly the same degree of respect and kindness as we would hope they would show to others after they return to the community. Read his full article in the New York Times here.

Do you agree with the Montana Judge’s sentence or Dr. Gilligan’s solution? What are your thoughts?