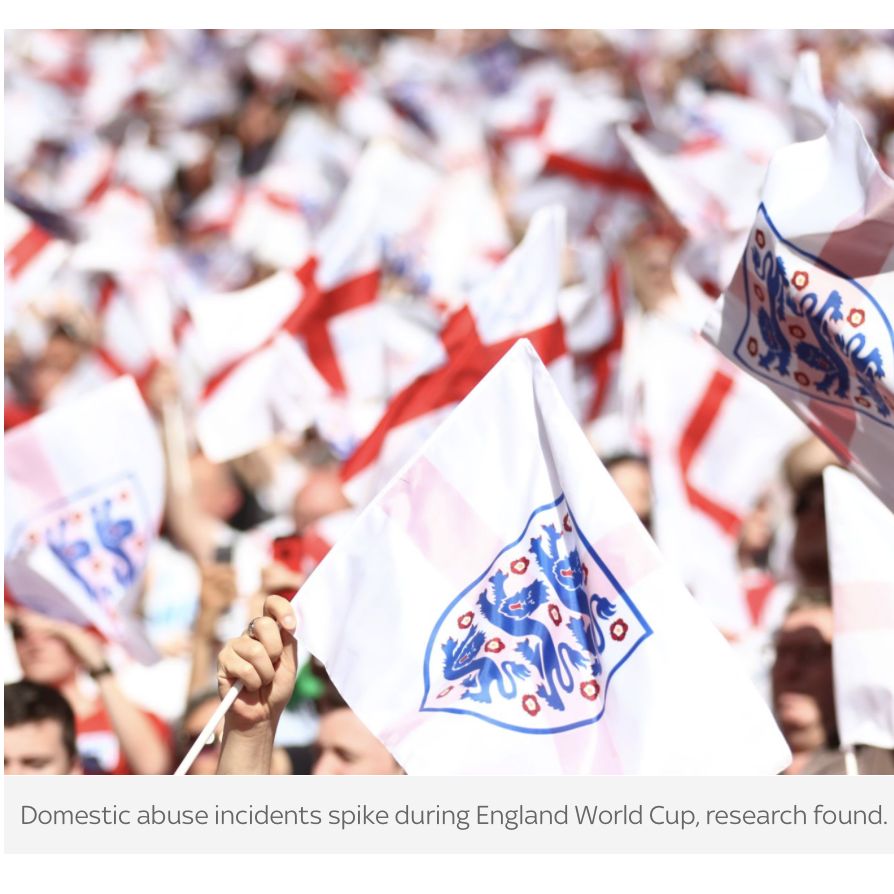 Police officers across the UK are preparing for an increase in domestic violence during England’s World Cup games.Several forces have joined the Give Domestic Abuse the Red Card campaign after research found domestic violence increased when England both lost and won matches during previous tournaments. Analysis by Lancaster University found during the last World Cup in 2014 incidents of domestic abuse in Lancashire rose by 38% when England lost.

“Football can never be the reason for domestic abuse and will be shown the red card.”

When they won or drew abuse increased by 26% compared to days when there was no England match. The day after an England match, incidents were 11% higher, the research found In 2014 there was an average number of 79.3 reported incidents when England played compared with 58.2 when the team did not play. Researchers also found reports of domestic abuse increased with every World Cup, with an average of 64 in 2002 rising to 99 in 2010.

Chief Superintendent Darren Downs said: “Twenty years ago you used to get fights breaking out in pubs and clubs. But nowadays there are not the same problems as before.

“Most people enjoy a barbecue at a pub or go home for a barbecue to watch the game at home. But it is domestic violence that gives us concerns. All our resources will be available at the relevant times.”

Click here for the full article by Alex Culbertson.