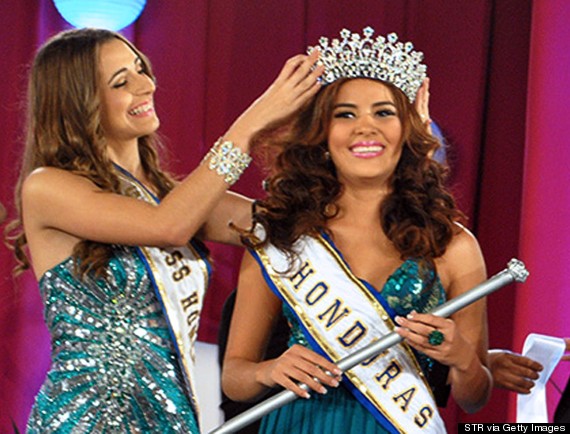 (FILES) Undated picture taken in San Pedro Sula of Maria Jose Alvarado (R), Miss Honduras World, whose body and her sister’s were found on November 19, 2014 one week after both siblings had been abducted. The bodies of Maria Jose Alvarado, 19, and her sister Sofia Trinidad Hernandez were found on the banks of a river in the west of Honduras on November 19, 2014 and their presumed killer was arrested, police reported AFP PHOTO/STR MAXIMUM QUALITY AVAILABLE (Photo credit should read STR/AFP/Getty Images)