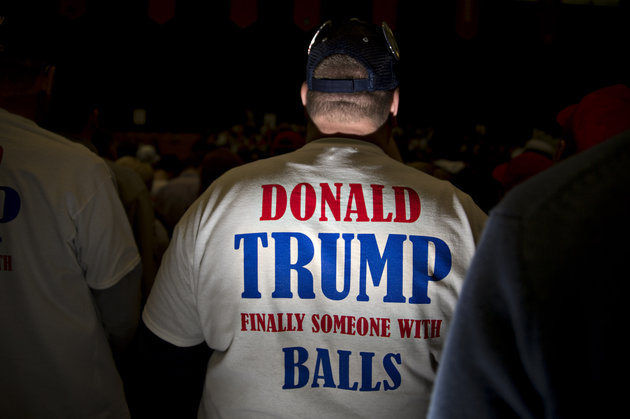 An attendee wears a campaign t-shirt for Donald Trump, president and chief executive of Trump Organization Inc. and 2016 Republican presidential candidate, during a Trump campaign rally at the Radford University Dedmon Arena in Radford, Virginia, U.S., on Monday, Feb. 29, 2016. The single biggest day of voting in the Republican primary is March 1, Super Tuesday, when nearly half of the delegates needed to secure the nomination are up for grabs with Trump favored in most of these contests. Photographer: Andrew Harrer/Bloomberg via Getty Images